In the summer of 2017, audiences responded well to “Wonder Woman”, the feature-length film starring Gal Gadot. Thanks to audience numbers, and the film’s powerhouse female lead and director, Hollywood greenlit “Wonder Woman 2”.

We can only imagine how amazing the second film will be. But we’re currently thrilled that the superhero flick is the first to follow new anti-sexual-harassment guidelines.

The PGA and sexual harassment

The Producers Guild of America (PGA) announced its Anti-Sexual Harassment Task Force and list of guidelines in mid-January.

The Task Force was originally founded in October “in conjunction with its decision to permanently ban Harvey Weinstein from its membership,” reports Teen Vogue. Although PGA membership is voluntary, which makes the Organization’s guidelines voluntary, “Wonder Woman 2’s” participation is important. 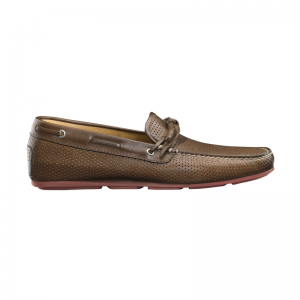 The new Spring/Summer lines are here and it’s time to have some fun with the best shoes in the world. Santoni decided to bring in a fresh interpretation of the ever popular Italian driving moccasins. The Tanton is an abosolutely gorgeous hand antiqued driving shoe with penny loafer construction. The Toft is a perforated driver, made famous by brands such as Moreschi, and features bow tie detailing, contrast color stitching to make the look really pop. The Toft is available in both Brown (pictured) and Blue. Both Tanton and Toft feature a comfort driving sole, so they’re perfect for all day wear, long walks, long driving. Truly a moccasin that will set your wardrobe apart this season.

Get ready for grill season.

The holidays are coming up, which means it’s the perfect time to mix up your makeup routine with fun colors, texture, and glitter. Whether you have holiday parties to attend…… Read more